Day 7: From Nitmiluk National Park, we returned through Katherine and headed south along the Stuart Highway to Mataranka, where we passed the “world’s largest man-made talking termite mound” in the town centre, before enjoying a pot of tea in the beautiful shady garden of the Stockyard Gallery and Café. There were several blue faced honeyeaters in the garden. There was a couple of elderly tourists trying to attract the birds to their table with sugar. I don’t agree with feeding wild animals it makes them lose their natural caution around people. 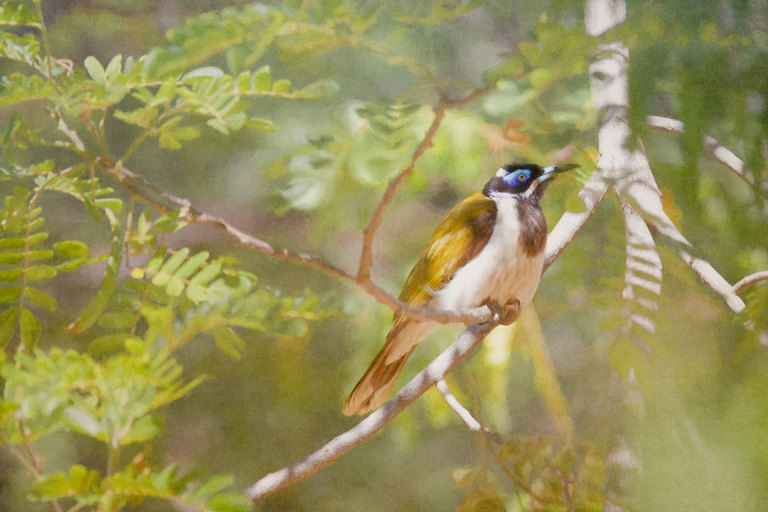 We briefly checked out the Mataranka Homestead, which was surrounded by cars. Then we visited the park’s most popular attraction: the thermal pool, which was too crowded to be appealing – the pool was full of people, sitting in the water around the perimeter. We continued on the boardwalk through tropical woodland of paperbark, pandanus, and palms to Rainbow Springs, the source of the thermal pool, which was crystal clear and deep turquoise – beautiful and peaceful, with no-one else around.

We headed toward Jalmurark Camping Area, at 12 Mile on the Roper River – the only place camping is permitted in Elsey National Park. The camping area was spacious, and the friendly National Park staff gave us advice about walking trails. We decided to walk before dark and set off toward the river. The setting sun lit up the smooth tree branches, making them glow against the purple sky. 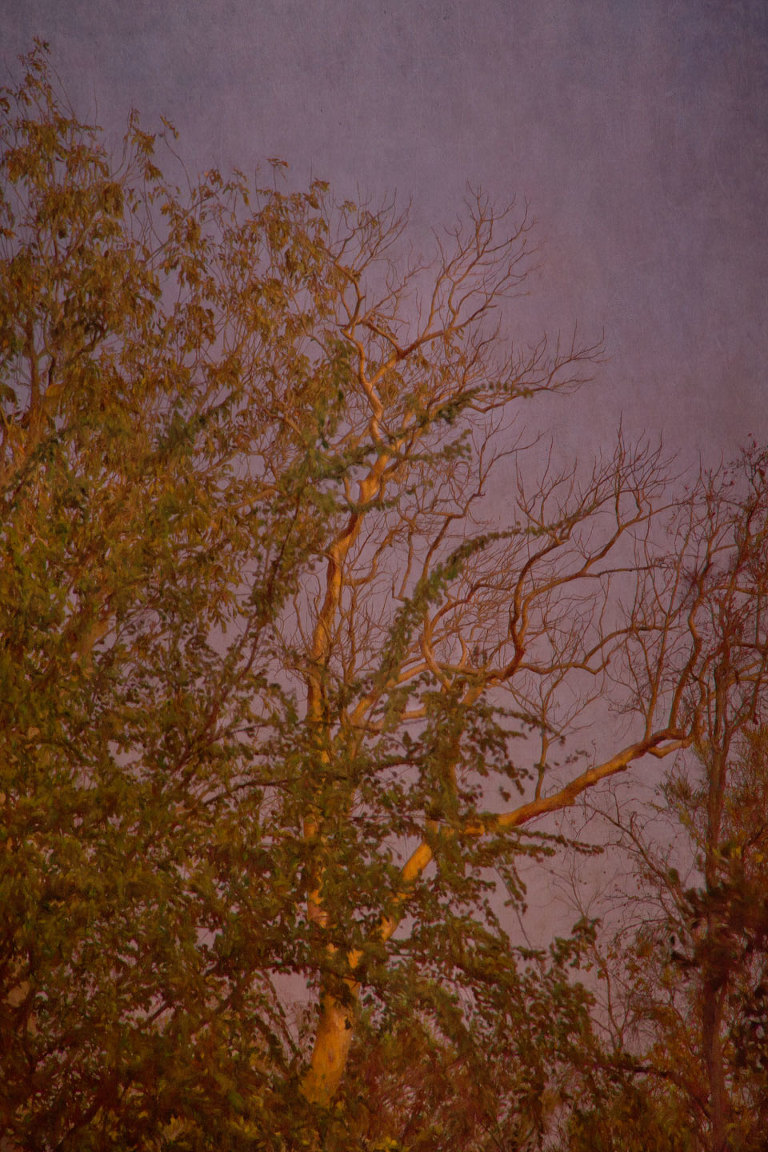 As it became darker I became concerned about meeting a crocodile on the river’s edge. The scene looks peaceful, but I was not feeling peaceful. 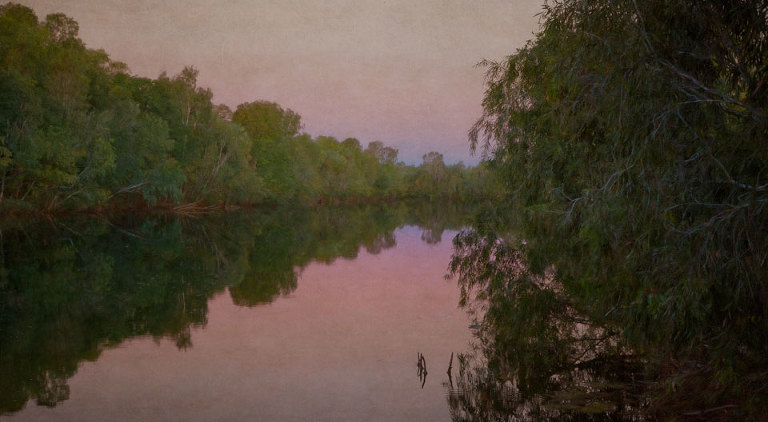 We returned to the van, and prepared dinner outside. The temperature dropped during the evening, and became quite chilly. I woke with a cold. We got started on the road straight away so we could use the heater. We drove to Korran (Bitter Springs) – a less developed and less touristy thermal pool. I stayed rugged up in the warm camper van while Brad had a quick swim.