Day 3: From Darwin, we drove south on Stuart Highway and turned onto Arnhem Highway toward Humpty Doo. We detoured from the highway for a brief visit to Fogg Dam Conservation Reserve. There were signs saying not to park on the dam wall and not to walk on the dam wall because of crocodiles, so we drove slowly along the dam wall to a parking area where there was a large lookout platform from where we watched buffalo and some birds. 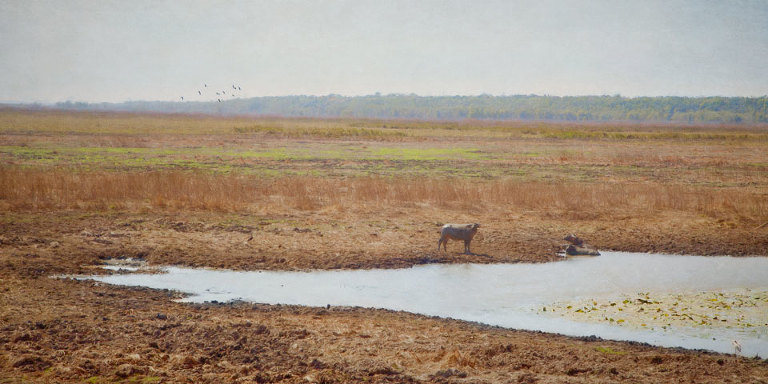 We needed to reach Corroboree Billabong by midday, to collect the BBQ Boat we had hired for 4 hours (Corroboree Houseboats). The BBQ boat was simple to operate, sturdy and stable – even when other boats passed at high speed – which was very reassuring because the billabong has a reputation for a large population of saltwater crocodiles. On board there was a fixed BBQ and table, and portable chairs. A cover over the boat provided some shade from the sun, but we still needed hats and sunscreen because the sun came in from the sides. It was a really enjoyable and peaceful way to spend the afternoon. We didn’t see many other boats, even though it was a long weekend. 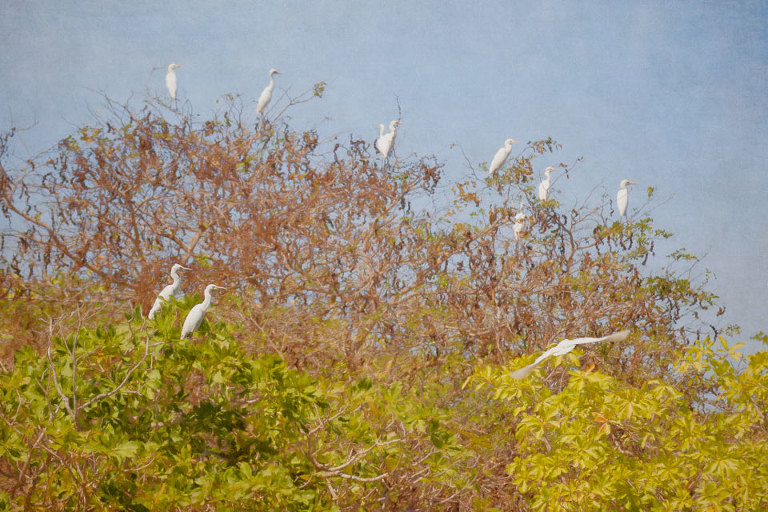 But we only saw one crocodile … 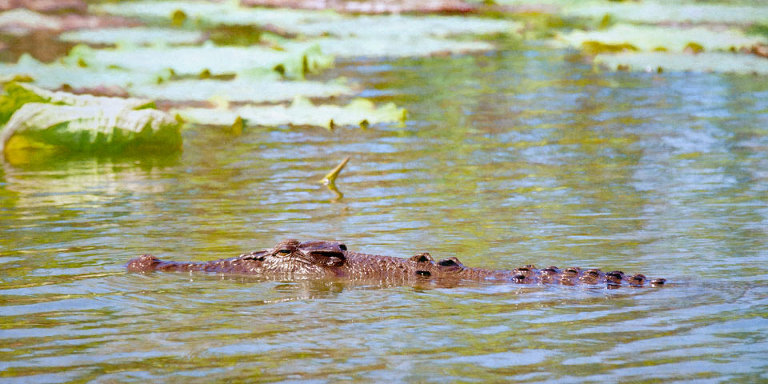 Smoke from burn off on the horizon reflected in the water.

Mary River Wilderness Retreat – We arrived late in the day (in a camper van), on a long weekend, without a booking and there were no powered sites available, but the staff called other caravan parks for us and when there were no vacancies elsewhere, they offered to allow us to connect to power from a permanent tent and when we didn’t have the correct type of power cord, they lent us an adaptor – amazingly helpful!! The property was really attractive, located on the banks of the Mary River, with birds, flying foxes, and wallabies.