We were fortunate to visit during the exhibition: Appearances can be deceiving – Frida Kahlo’s Wardrobe, which allowed a fascinating glimpse into the personal items, prosthetics, braces, and casts she wore with traditional Tehuana dress from Oaxaca. The wardrobe was kept in storage for over 50 years at the request of Diego Rivera, Frida Kahlo’s husband. It was also just before Dias de los Muertos (Days of the Dead) and there were preparations underway for this very important Mexican festival. 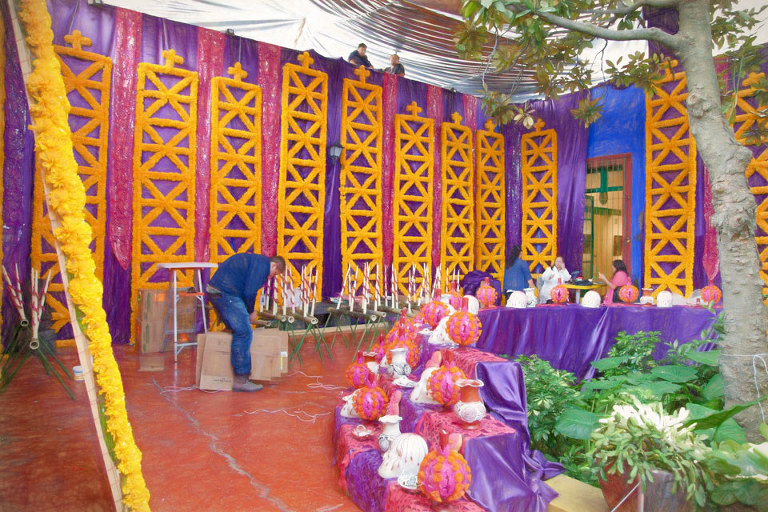 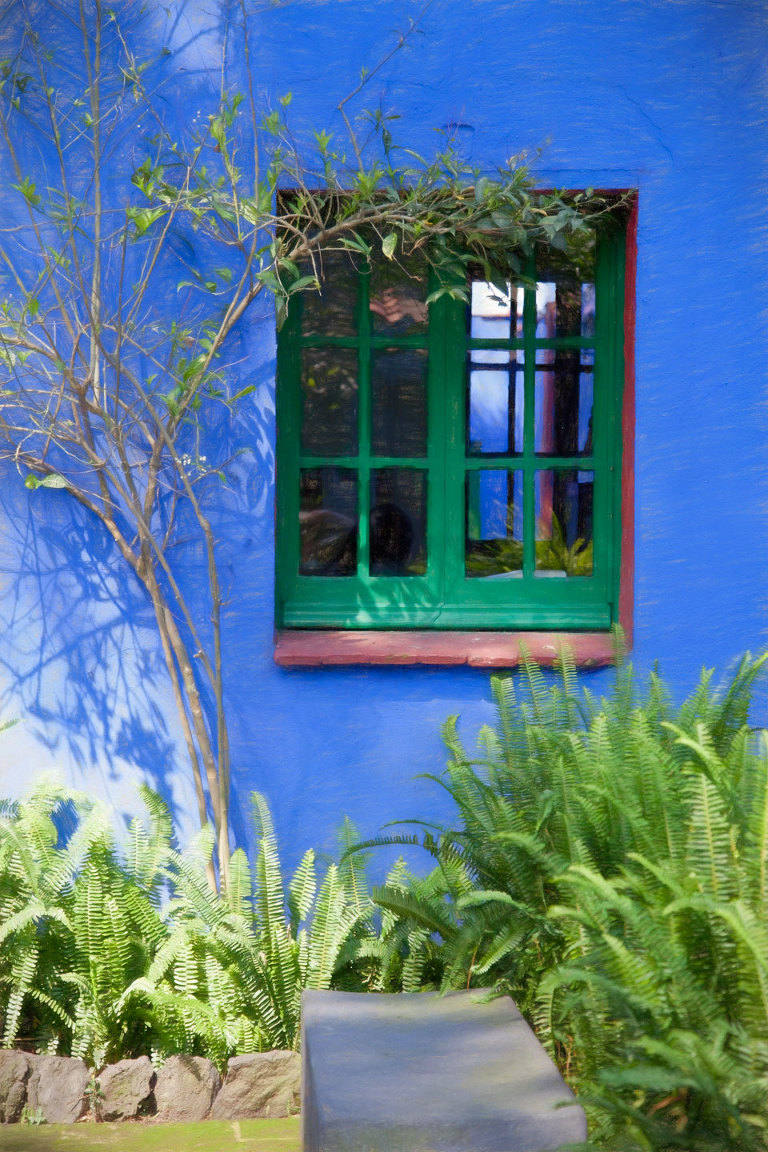 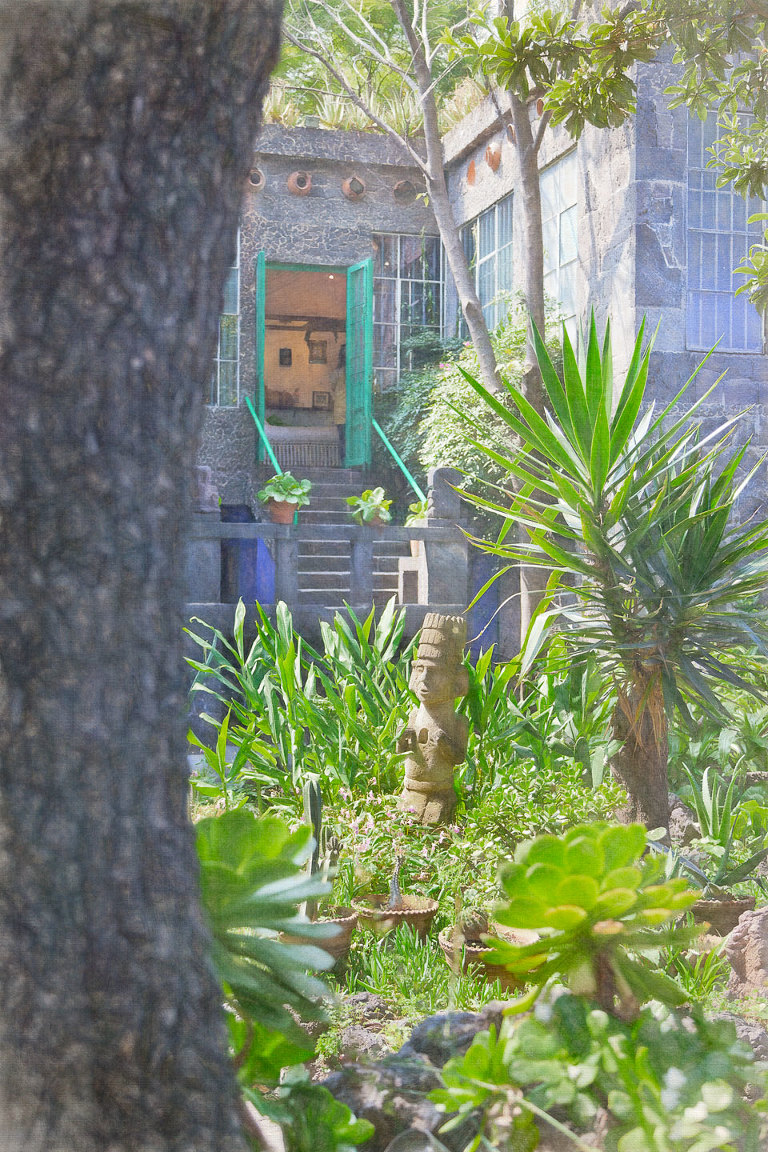 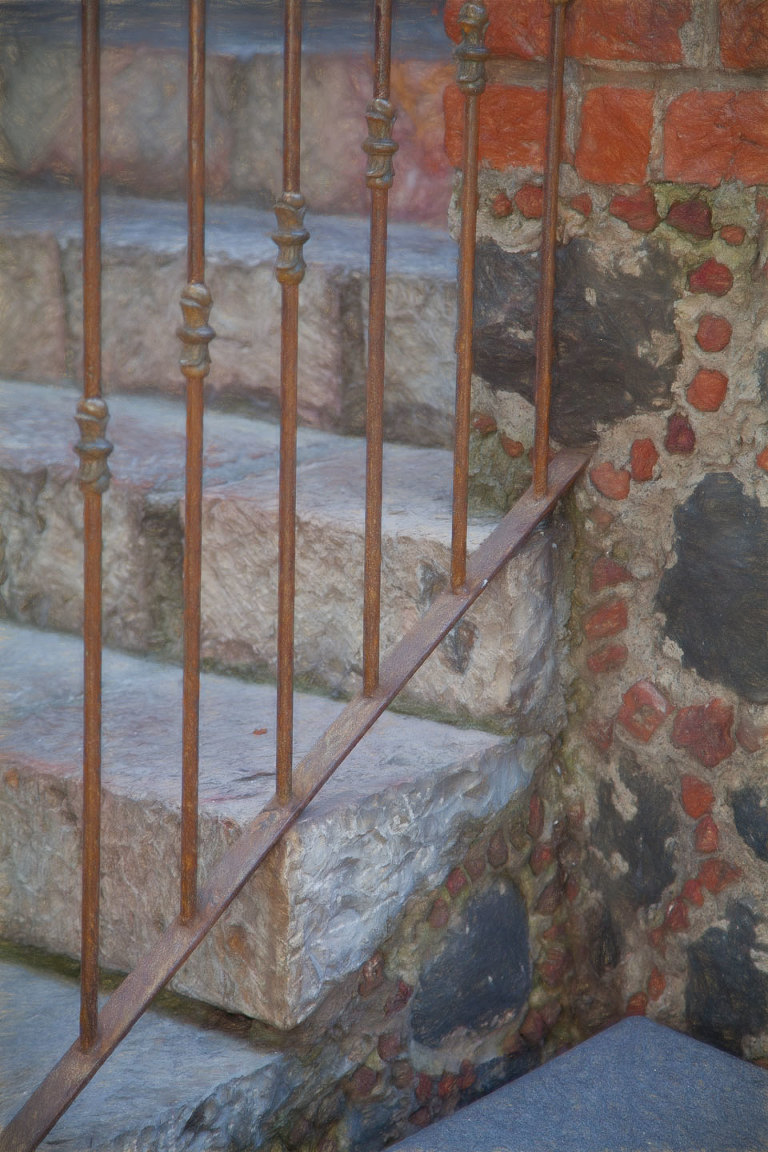 Steps with decorative stonework and railing 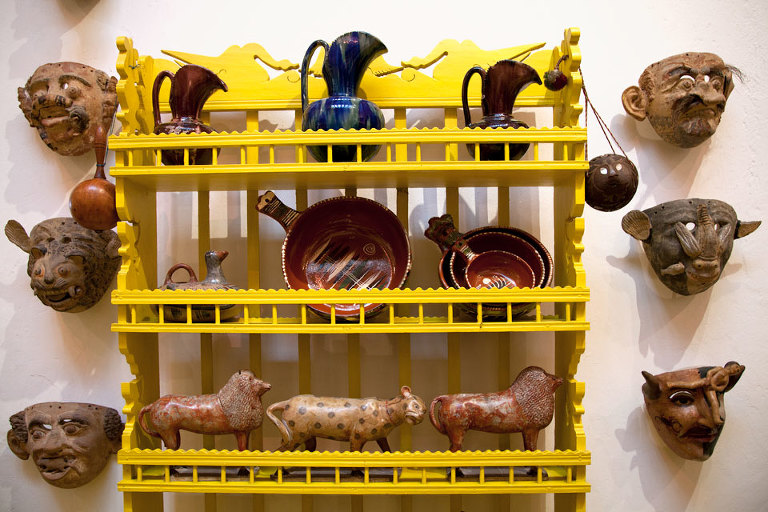 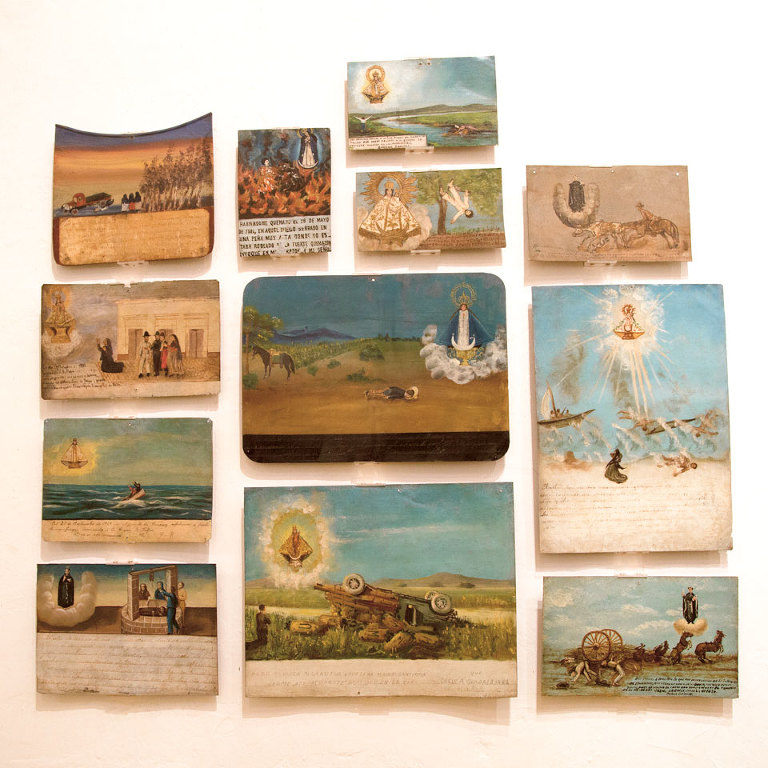 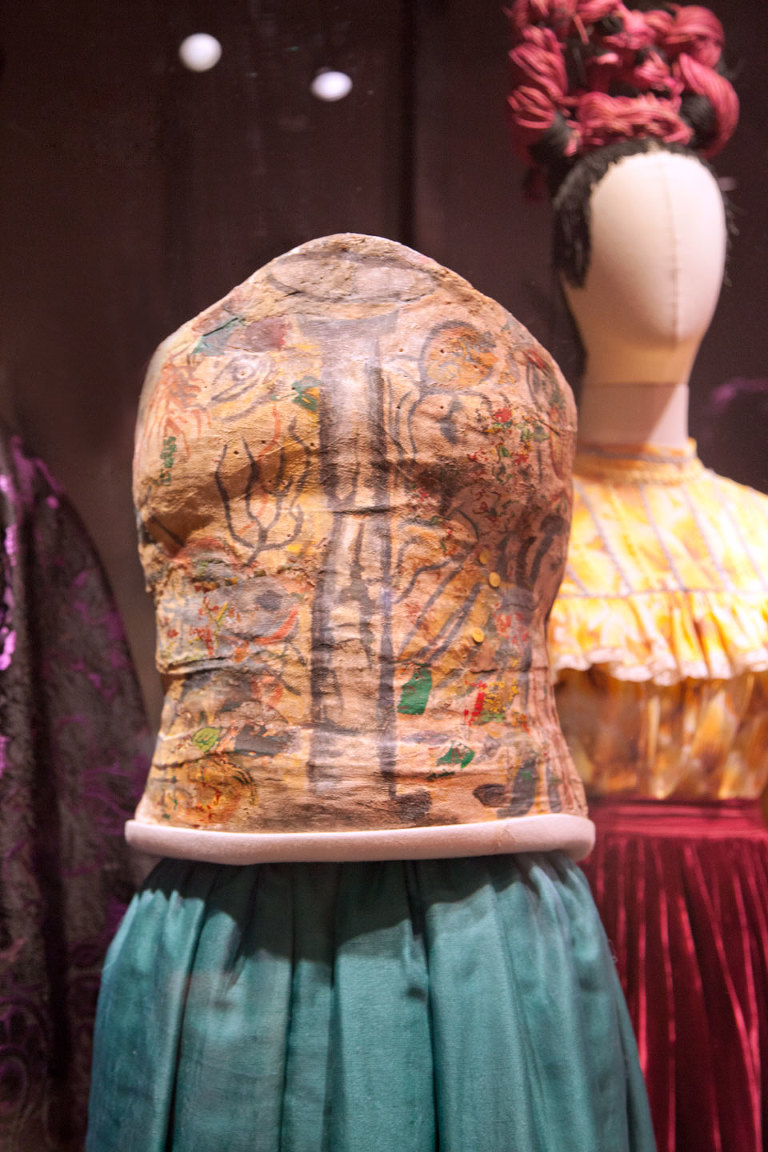 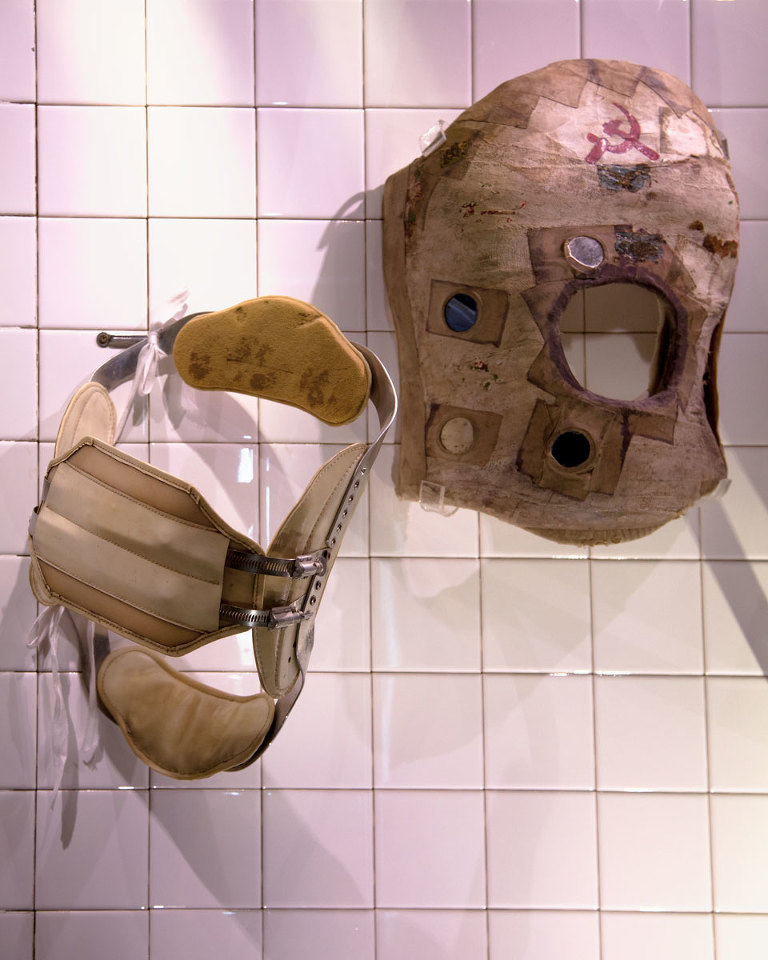 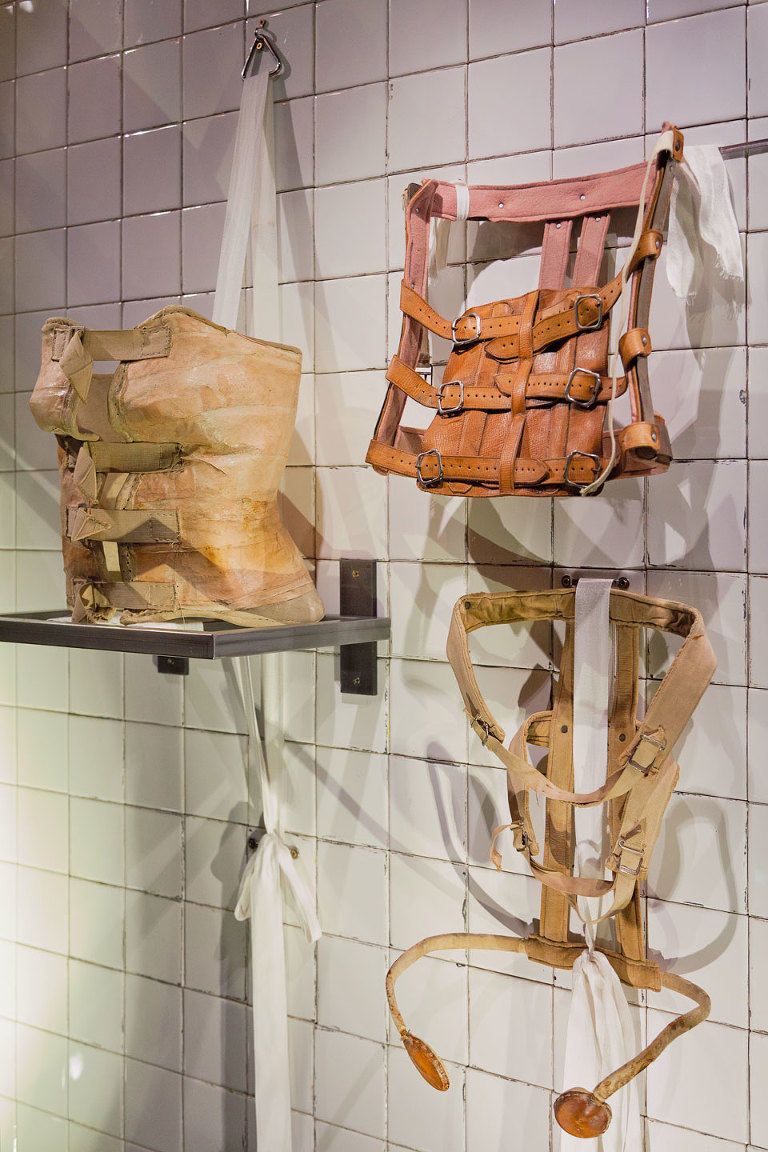 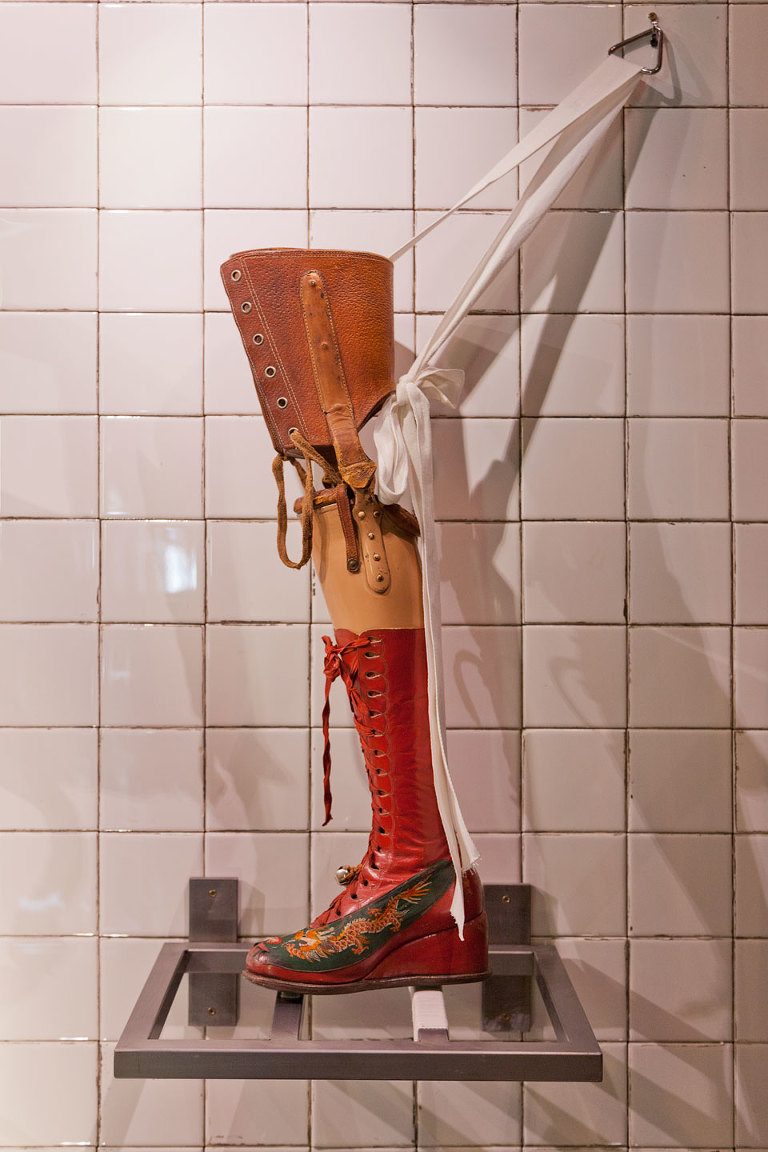