A five-day road trip in August 2017 with my bestie from primary school, Fiona, who was visiting Western Australia for her work (in the play 1984) and decided to add a few days to her stay. As she appreciates wildflowers, architecture, and desert landscapes, we decided our trip needed to include Cue.

We headed north on Mitchell Freeway to Wanneroo Road, past Yanchep, on to Indian Ocean Drive. We detoured briefly to Guilderton, a small town on the coast at the mouth of Moore River. It was drizzling but we decided to stretch our legs along the boardwalk to the lookout over the headland. From there we watched the brown river water foaming over the sandbank and spreading like a dark stain into the ocean. The drizzle turned to heavy rain, so we made our way back to the car. Continuing north along Indian Ocean Drive, we passed brilliant white sand dunes near Lancelin. In Nambung National Park, we followed the 5km loop road through the Pinnacle Desert, all the while reminiscing about a camping trip through the area that we enjoyed as teenagers, when the pinnacles seemed bigger! 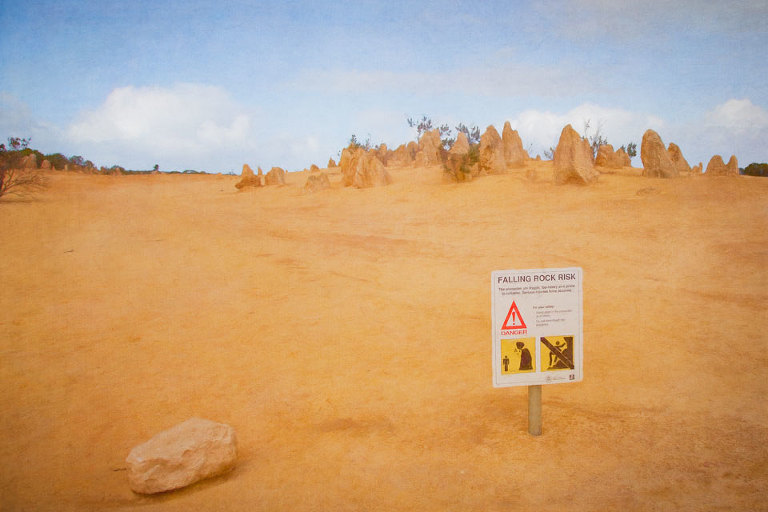 Sign warning of the risk of falling rocks in the Pinnacles Desert, Nambung National Park

Cervantes is a small fishing town that boasts a Lobster Shack where we ate a delicious lunch of rock lobster grilled in garlic butter with fresh tangy coleslaw and chips. The town is named after a ship wrecked nearby, which was named after the Spanish author of Don Quixote, and many of the town’s streets have Spanish names. After lunch, we visited Lake Thetis, just over 1km out of town, to view the thrombolites: rock-like structures created by colonies of microbial organisms that were among the earliest forms of life on earth and produce oxygen as a waste product. More information here. 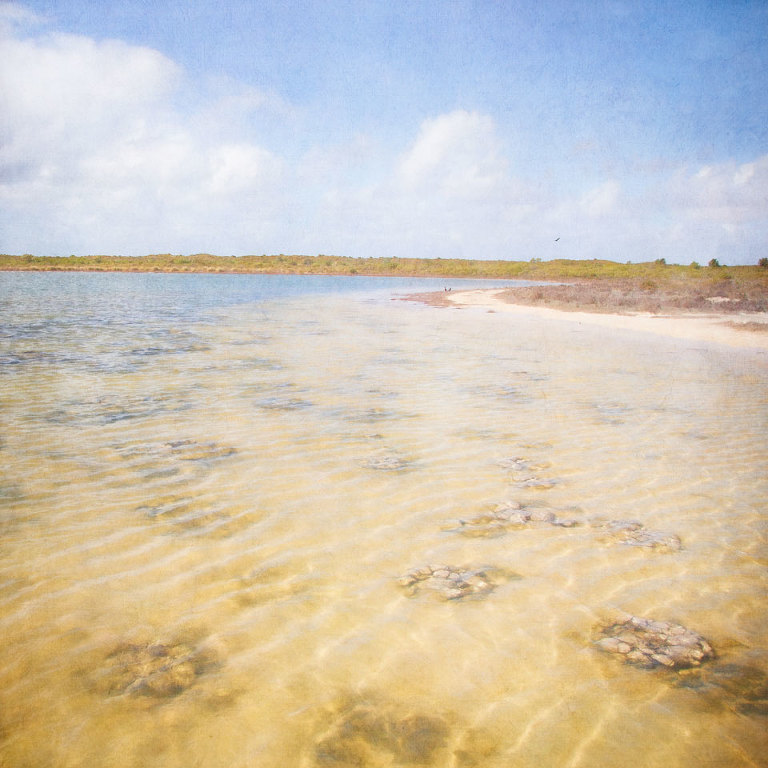 Next stop was Lesueur National Park, which is known for its biodiversity. We completed the scenic loop drive, and because it was during the week and there was hardly anyone else there, we could drive really slowly and take in the scenery. On the 2.5km Gardner Walk Trail, we got a closer view of the plants. 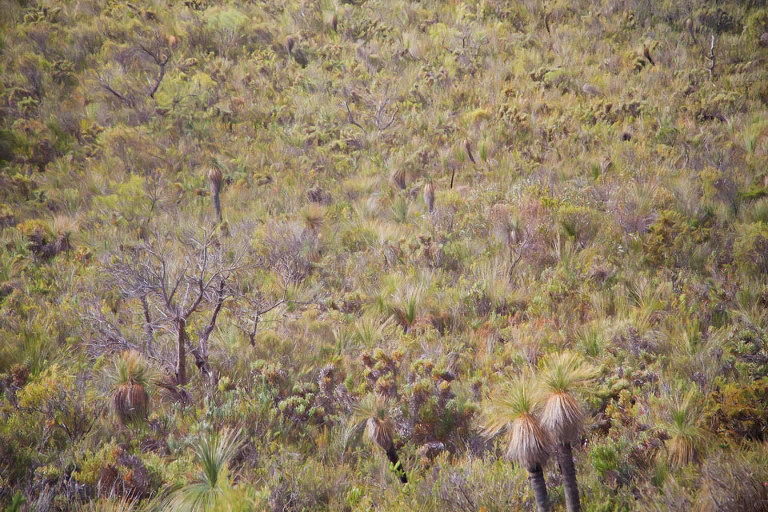 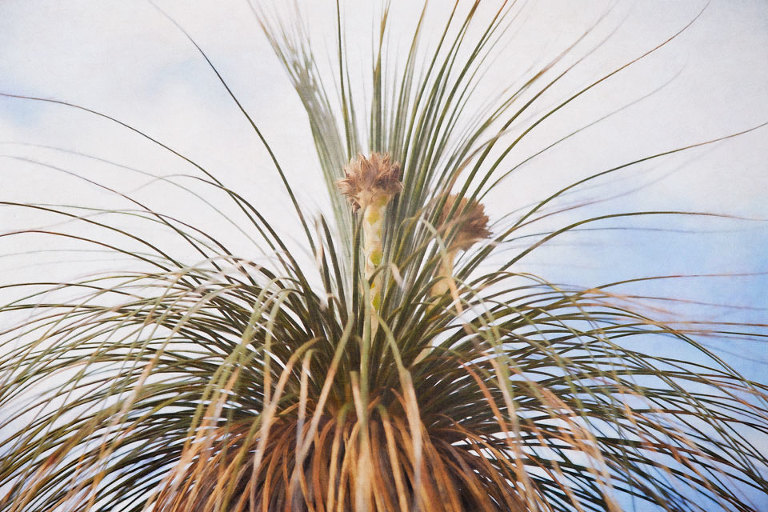 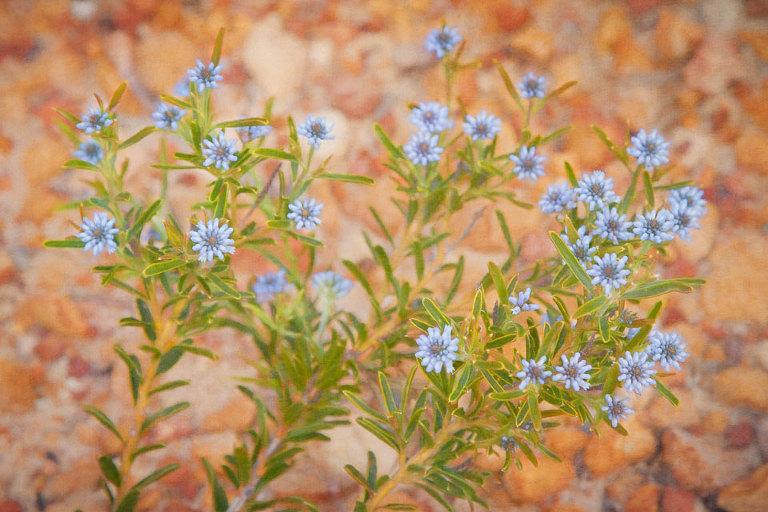 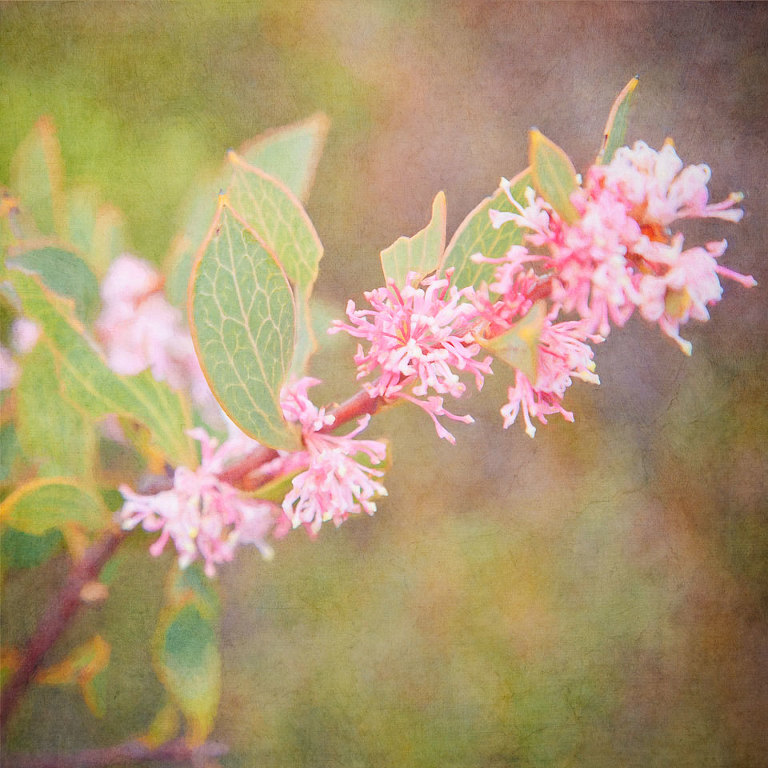 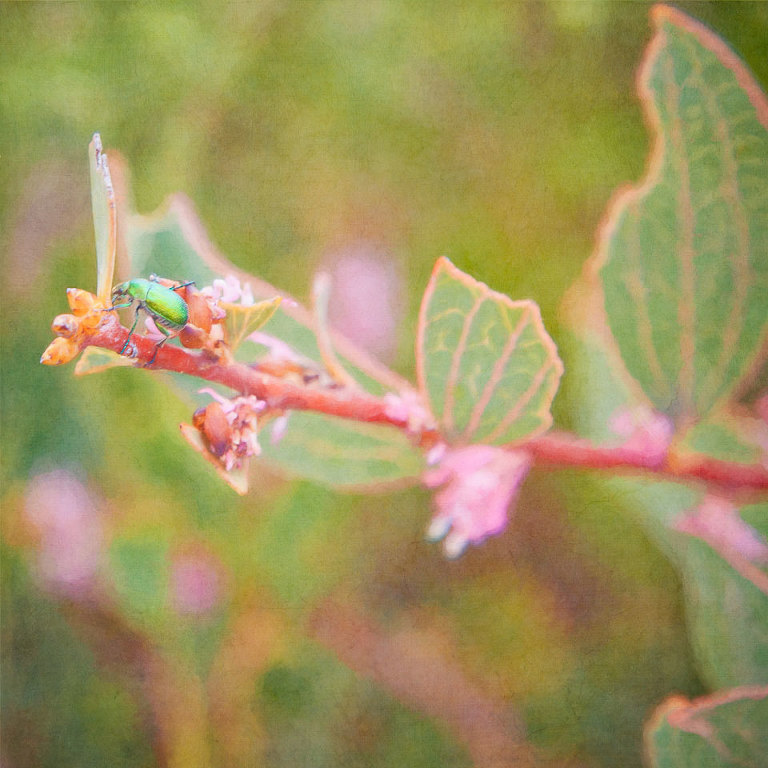 Reputedly there’s a good spot for wildflower viewing along the Brand Highway between Eneabba and Dongara, but we didn’t see any. We later learned that, due to late rain, the 2017 wildflower season was nothing compared to the previous two seasons, which were spectacular. It was disappointing, particularly because we made a detour inland from the coast especially to see the wildflowers along the highway, and on the way a young adult kangaroo jumped in front of the car. I didn’t see it before it hit the driver side bumper, and then it took another jump so it was directly in the path of the car. The urge to swerve to miss it was strong, but I didn’t, and the collision was gruesome. We got out to check that it was dead, and that there was no joey in its pouch, and to remove the body from the road. Then we noticed the damage to the car! Fortunately the car was still drivable, so we continued on to Dongara and Port Denison, at the mouth of the Irwin River. 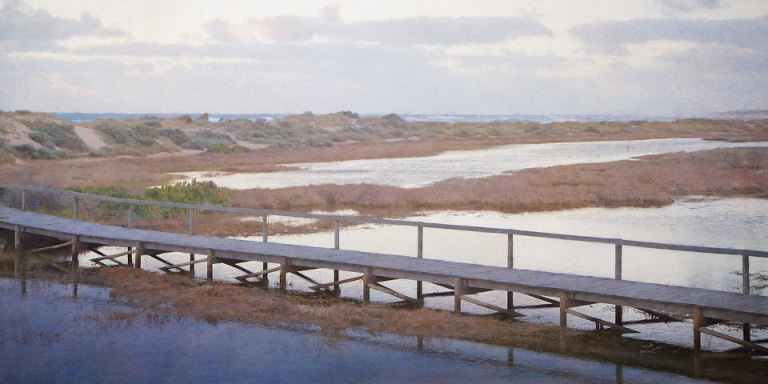 We stayed at Leander Reef Holiday Park, located near the beach in Port Denison. It was very peaceful with the soothing sound of waves breaking softly on the beach. Given the comfortable facilities in the cottage, it might have been better if we’d self-catered, but instead we decided to eat at the hotel on Moreton Terrace in Dongara.