Nijōjō is a UNESCO world heritage site built in 1603 for the first shogun of the Edo Period. Buy tickets (¥600) at the busy booths on Horikawa Street, then walk across the bridge over the outer moat and enter through the massive Higashi-ote-mon gate. English audio guides can be rented for ¥500 from a kiosk inside the gate. Open from 8:45-17:00, last entry 16:00; closed Tuesday.

There are three areas in the castle grounds:

We visited Nijo Castle after our day trip to Kobe, where we saw the Takenaka Carpentry Tools Museum, which had a lot of information and displays about building in wood, and also had a temporary display about ceramic roof tiles. With that background, seeing the architecture and fabric of the castle had a lot more meaning for us.

Almost as soon as we passed through the beautiful Karamon gate, a group of school children approached Brad and asked him to take part in a survey, as part of an English class exercise. They laughed and nodded when we said our favourite food in Japan was shabu-shabu (they clearly agreed and approved). In return for completing the survey they gave Brad a packet of origami pieces they had folded. I took a photo of the children and sent it to the school.

Unfortunately, but understandably, no photography is allowed in Ninomaru palace because it is an extremely popular site for Japanese and overseas tourists, and the queue shuffled through the palace slowly. Despite the constant stream of tourists, the building had a surprisingly peaceful and majestic atmosphere. The floor boards were worn until the grain of the wood resembled water ripples. 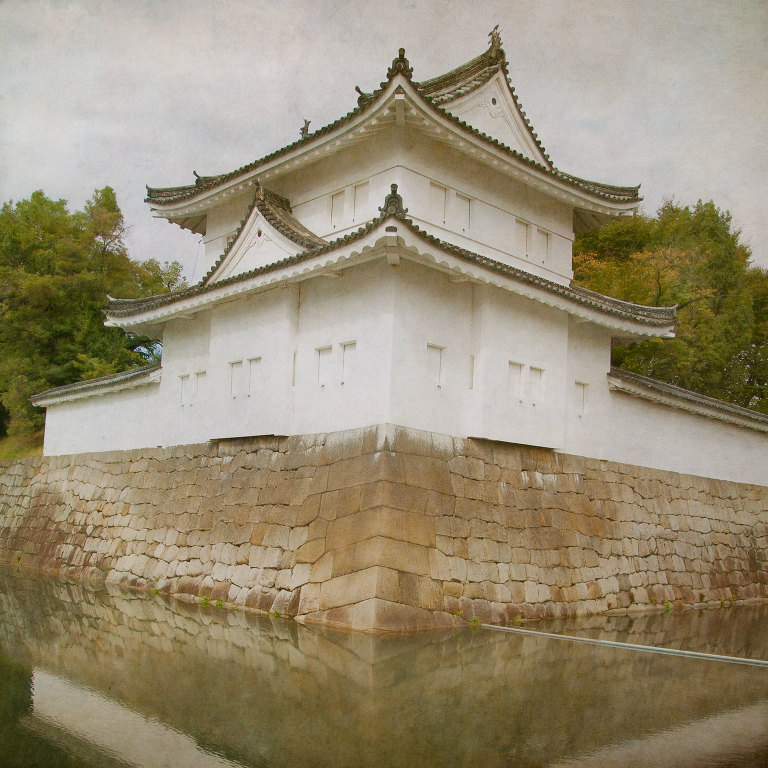 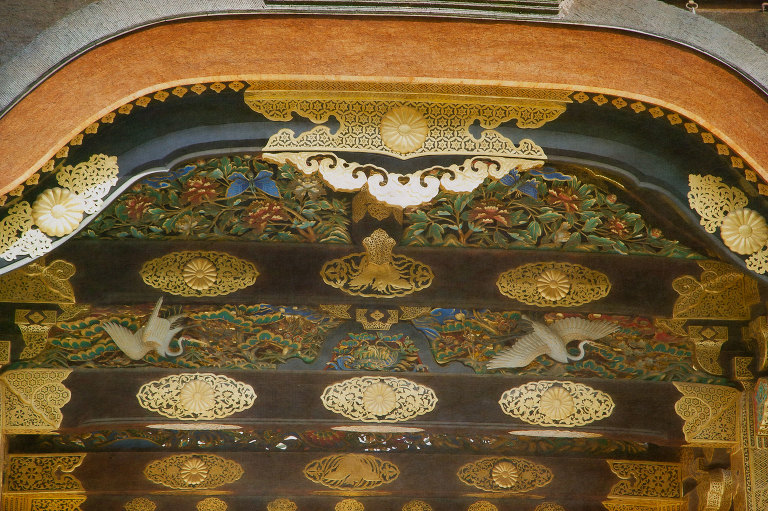 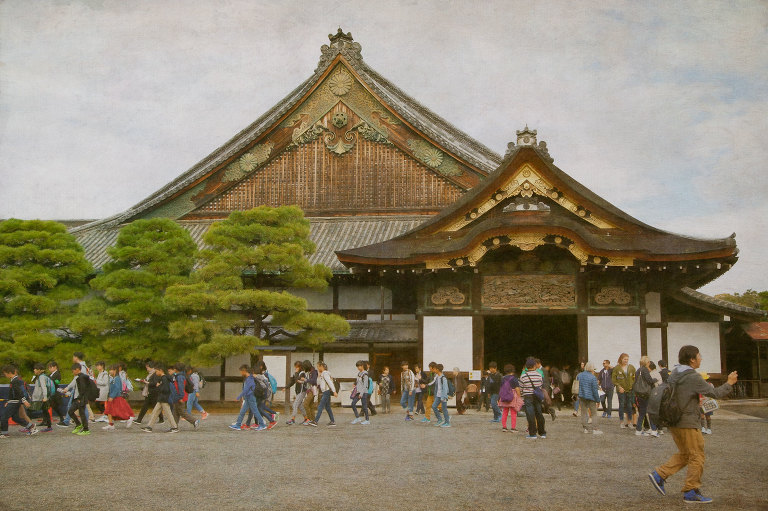 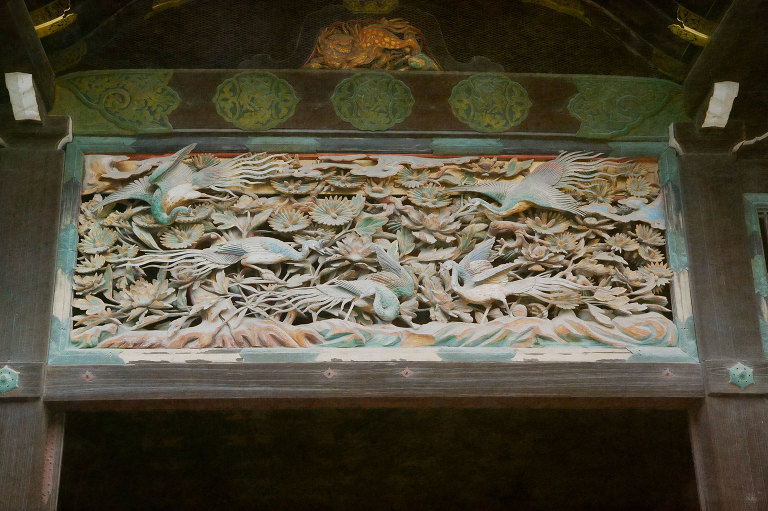 Elaborate carving above the entrance into Ninomaru Palace 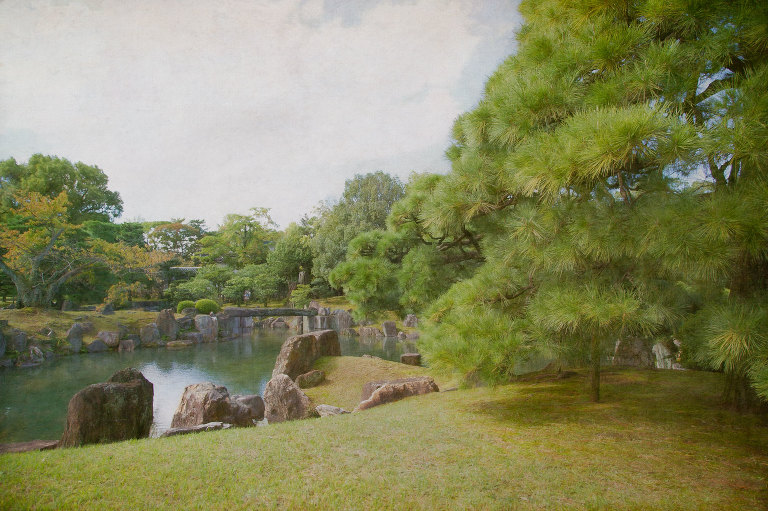 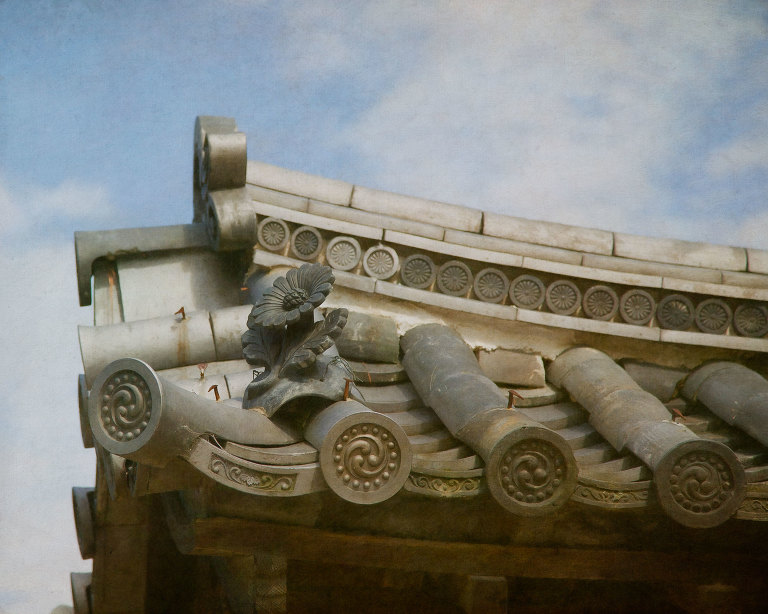 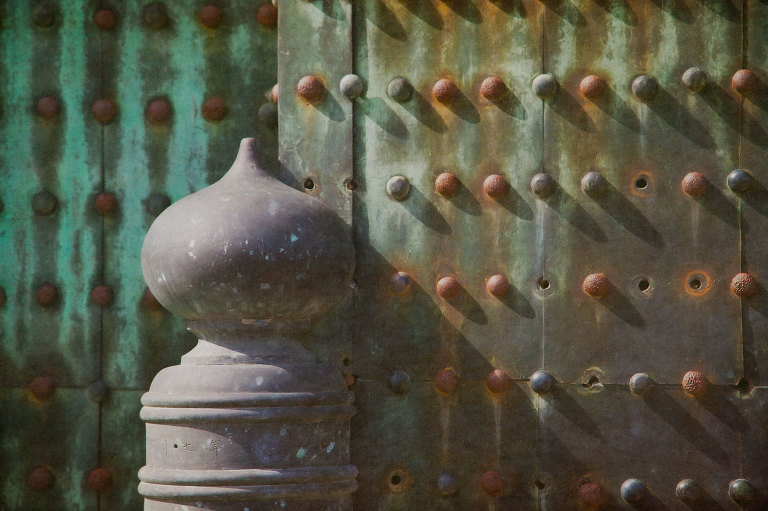 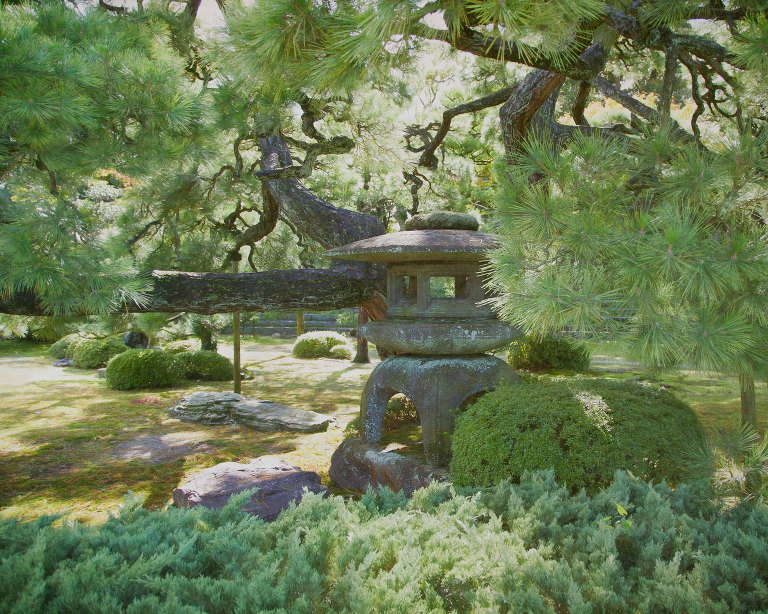 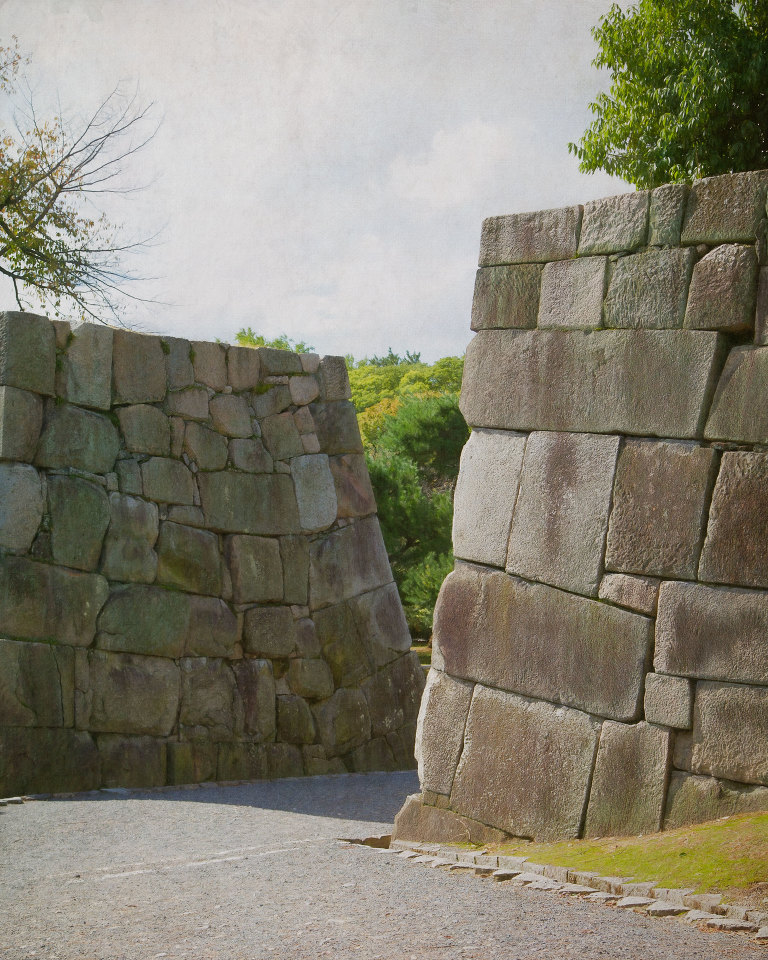 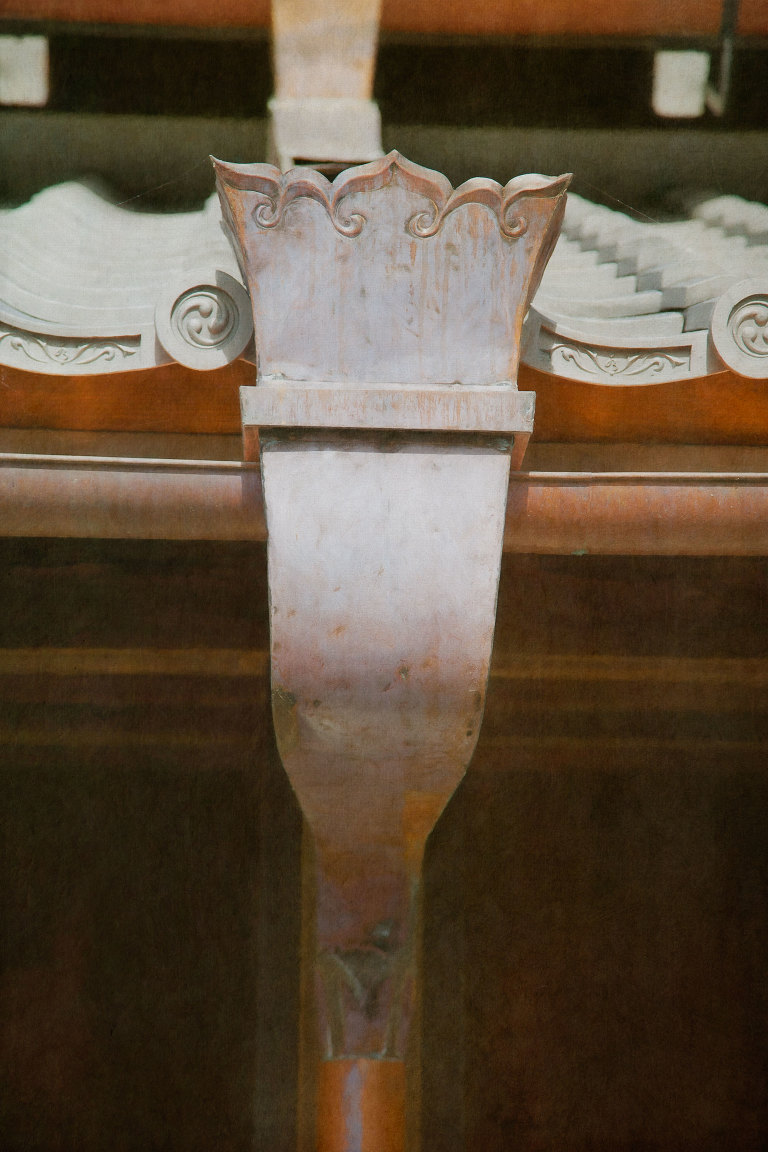 There were food stalls in the castle grounds, but we wanted to get away from the crowds, so we wandered across the road and discovered the eccentric Hello Goodbye Cafe with its solar powered figurines dancing to music in front of the building. Solar figurines – Kuwaii! dancing to Vanessa Williams Won’t come running back to you (1991)   We ordered hamburger sets, with coffee, which was really good and the service was friendly and fast. Our portable Wifi ran out of charge, so we caught the train back to hotel to recharge.