From Tennant Creek, it was about 100km to Karlu Karlu Conservation Reserve, where huge rounded granite boulders look as though they were scattered across a wide, shallow valley. Some boulders appear precariously balanced on others. Karlu Karlu is a significant meeting place for four different Aboriginal language groups: the Alyawarre, Kayteye, Warumunga, and Warlpiri people who have spiritual connection to and responsibilities for the area.

I had seen photos of the marbles themselves, but the surrounding landscape was a surprise to me. It was so pretty with the red earth and contrasting silvery green spinefex covering the valley and encircling hillsides, punctuated by an occasional little tree with smooth white trunk. The tufts of spinefex look like soft velvety mounds from a distance, but are actually painfully spiky and sharp. 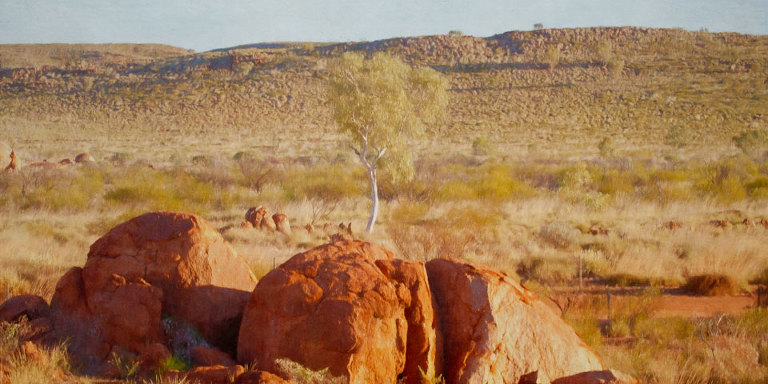 As the sun set, the pile of boulders glowed in the last light. 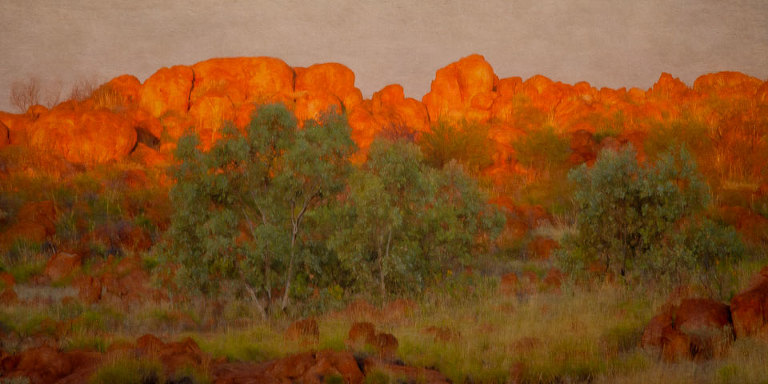 The night was cool and clear. 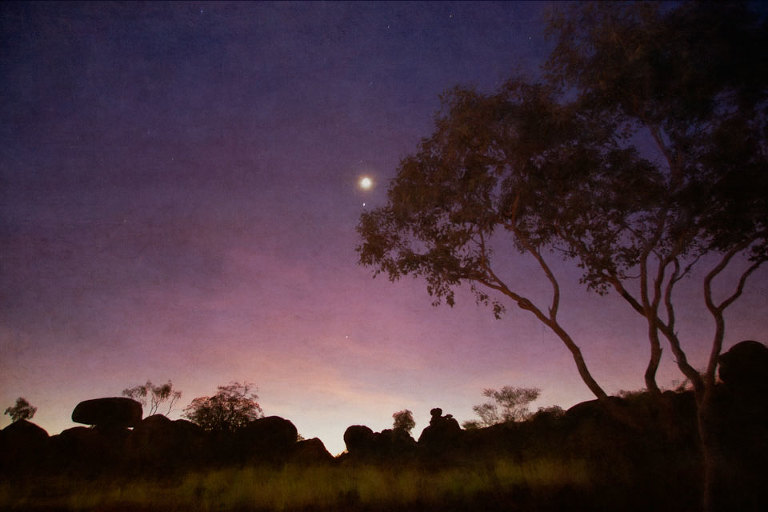